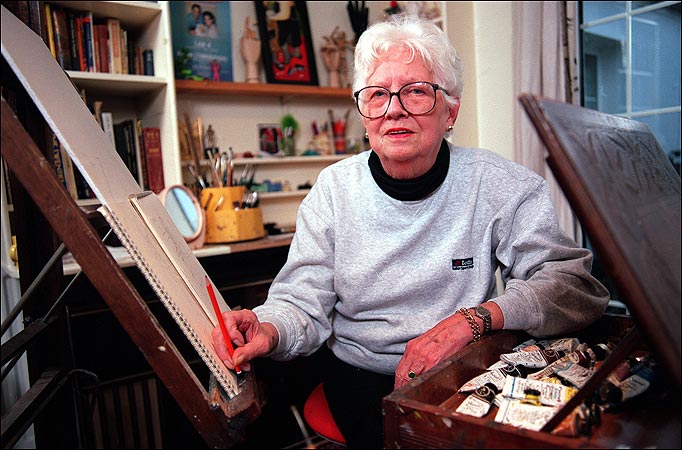 “I don’t know how my pictures happen, they just do. They exist, but for the life of me I can’t explain them”

Beryl Cook was born in 1926 in Surrey, England, one of four sisters. She left school at fourteen, showing little talent for painting and worked in the fashion industry, which inspired her life-long interest in the way people dress and how they look.

In 1946 Beryl married her childhood friend John, who was in the Merchant Navy. When he retired from the sea they briefly ran a pub. Their son John was born in 1950, and the following year they left to live in Southern Rhodesia. This move was to prove a turning point for Beryl. One day she picked up some paints belonging to her son and started a picture. She enjoyed it so much she could not stop. She painted on any surface she could find, scraps of wood, fire screens and notably a breadboard, as can be seen from her famous early painting of Bowling Ladies.

In 1963 the Cooks returned to England to live in Cornwall where Beryl began to paint in earnest. They moved to Plymouth, where in the summer months they ran a busy theatrical boarding house. Beryl loved Plymouth, a thriving, lively seaside town full of pubs, fishermen and sailors and she and John enjoyed going to their local bars watching flamboyant drag acts. Beryl would concentrate on painting in the winter months, recreating her personal views of Plymouth in vivid oils on wooden panels. Eventually an antique dealer friend persuaded her to let him try and sell a few. To her surprise he sold them very quickly.

In 1976 Beryl had her first London exhibition which was a sell out and was the start of an exceptional relationship with London’s Portal Gallery where she exhibited continuously for 32 years. 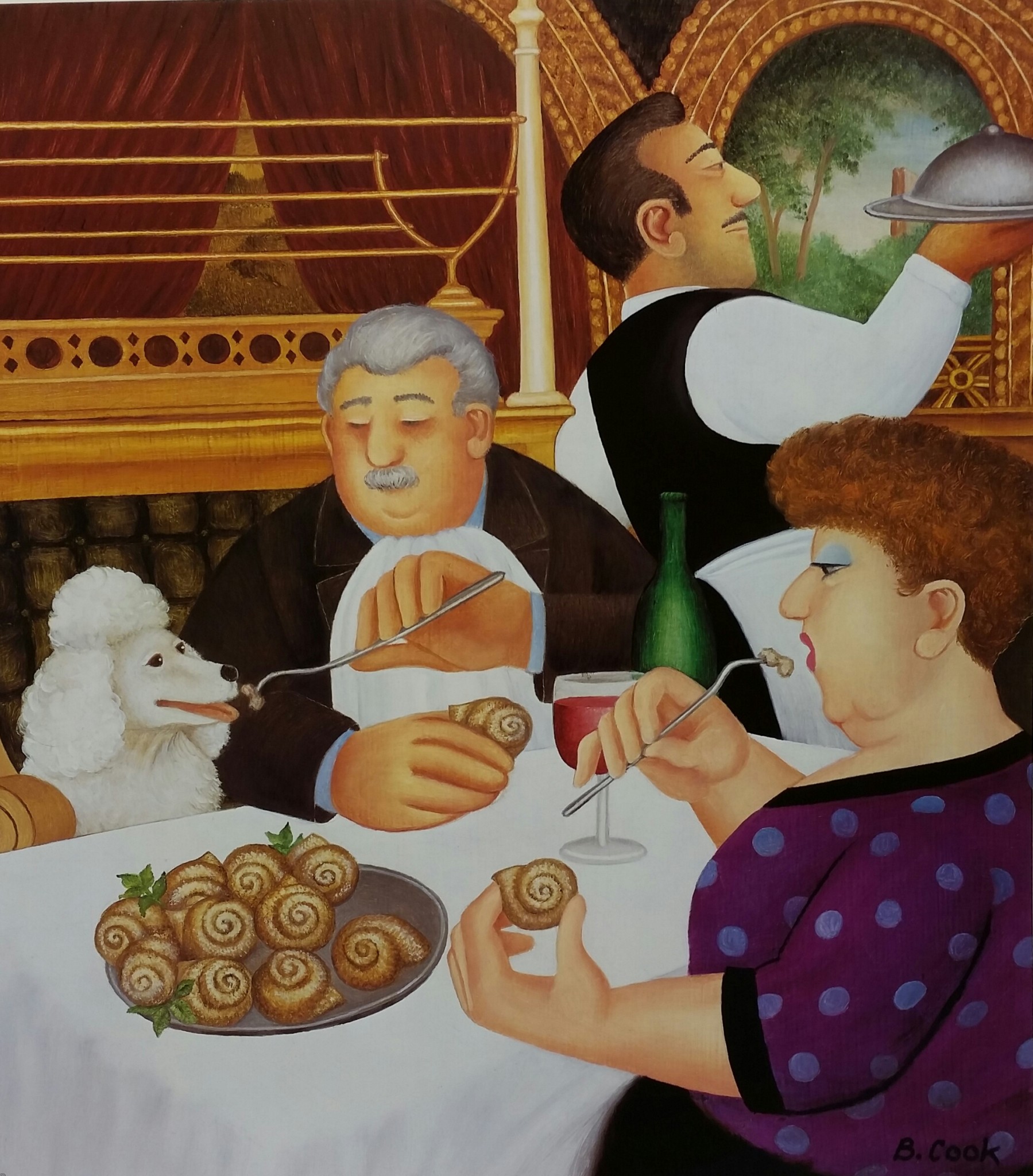 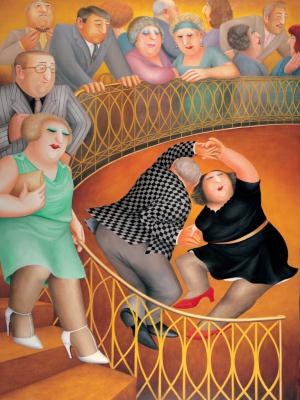 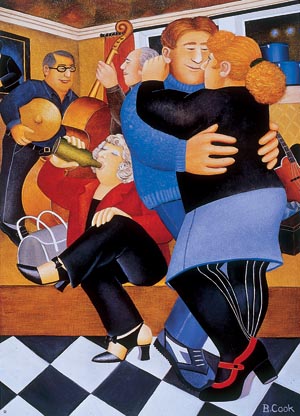 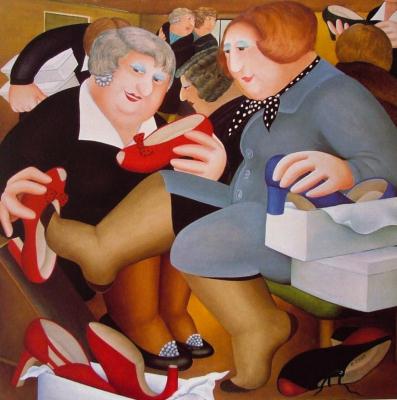 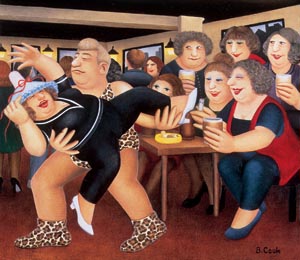 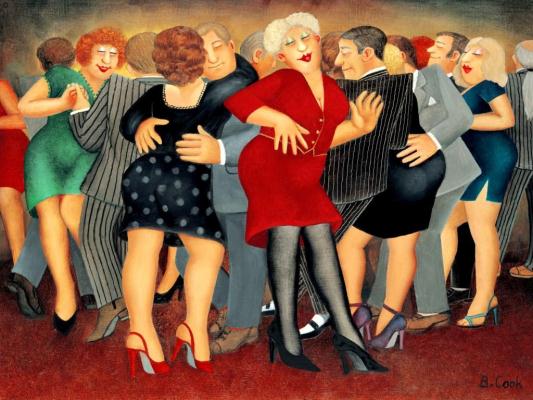 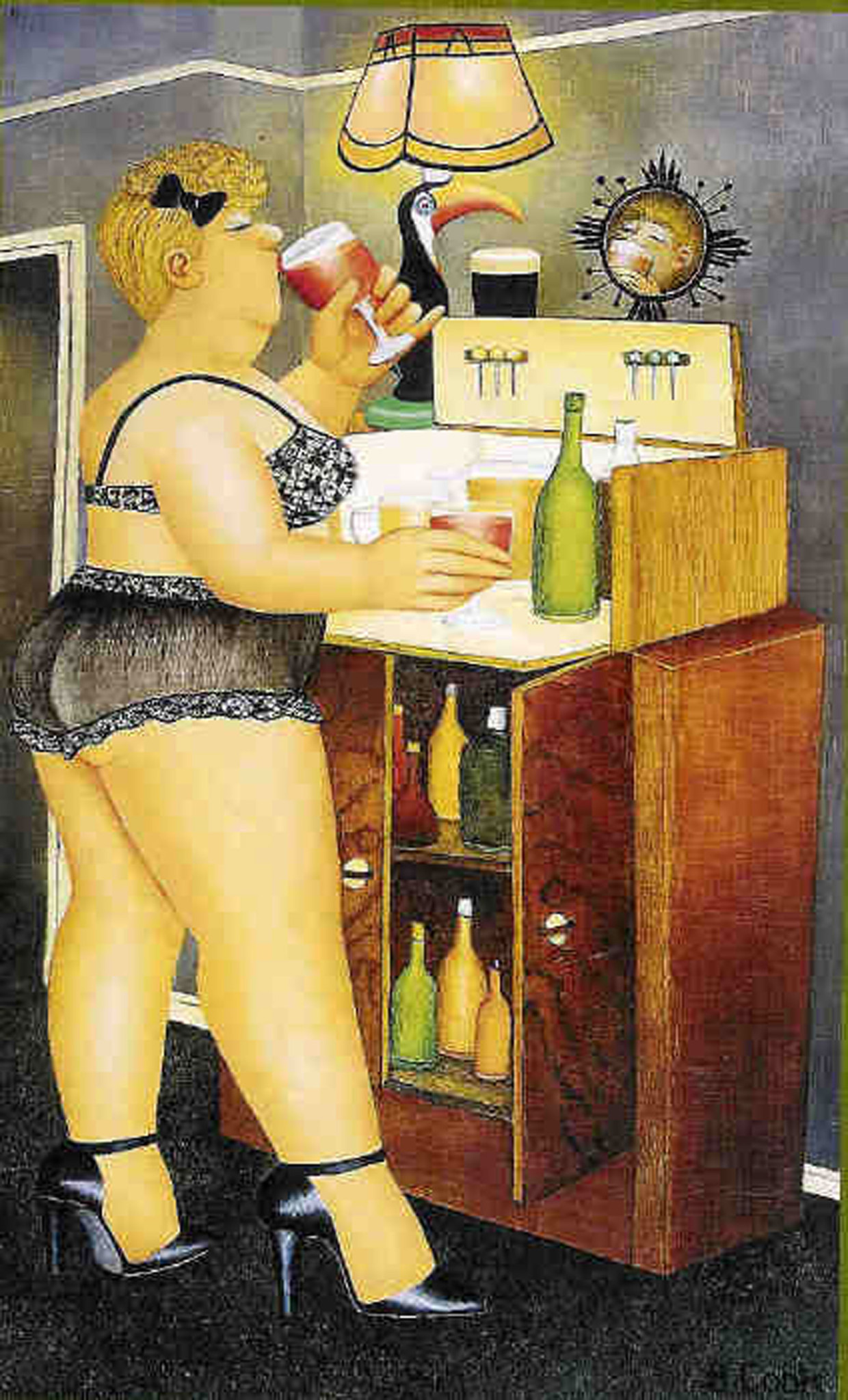